Though the mobs have receded, there was a dark time earlier this year when the winter winds still blew cold in Wisconsin and Green Bay Packers fans wanted general manager Brian Gutekunst’s head on a pike. He had failed to give up the draft capital necessary to secure a transcendent defensive player who had instead been traded to the division rival, handing them the NFC North title and bragging rights.

Reports at the time suggested the Raiders zeroed in on Ryan Pace and the Bears as a Khalil Mack destination because they believed Chicago would have the worst record of the teams interested. The logic is sound: Aaron Rodgers + Khalil Mack won’t net you much first-round value even with multiple picks.

Packers president Mark Murphy confirmed this scenario to be true in an interview last week. Green Bay and Gutekunst made a significant push to acquire Mack, but Jon Gruden and the Oakland brain trust, such as it exists, locked their sights on the team they believed would benefit the least from Mack in the win column. This ameliorates concerns over penny pinching, or in this case draft pick pinching from the Packers, but also presents a fascinating sliding door scenario given what transpired over the last 10 months.

How much does Mack, a dominant edge rusher who played at a Defensive Player of the Year level last year, change the fortunes of the Packers? Considering how many losses Green Bay accumulated in close games, it’s fair to believe Mack swings a handful of them even if we assume the Rodgers injury was inevitable.

The tie to the Vikings should easily be a win. Mack could have flipped the two-point loss the Los Angeles and the three-point losses to Seattle and Arizona. That’s 10 wins right there. Likely have to subtract wins from Chicago without Mack and the Packers could have been in position to once again take the division, go to the playoffs and who knows from there? The NFC was wide open.

Given what we know now about tensions between Aaron Rodgers and Mike McCarthy, perhaps Murphy and Gutekunst would have been interested in making a change irrespective of the season’s outcome. But McCarthy certainly makes it to the end of the season. What if it had been the Packers who lost in the NFC Championship Game on a heart-breaking non-DPI call instead of New Orleans? Would that have been enough to secure McCarthy’s ouster?

In that scenario, the Packers have Mike McCarthy in the last year of his contract, a 6-year $141 million deal for Mack with $90 million in guarantees and a $60 million signing bonus, and all the holes the roster had during the 2018 season at safety, guard, and outside linebacker opposite Mack.

If their deal trumps Chicago’s offer (and the Jets were reportedly willing to give up two firsts as well), Gutekunst probably has to give up both firsts this year to get a deal done.

Contrast that with where Green Bay finds itself at this moment. Giving up draft picks would mean no Rashan Gary or Darnell Savage. We have no idea how good either of those players are, but both are expected to be starters at some point, Savage as early as this season. What’s the plan at safety then if the Packers can neither afford to pay someone like Adrian Amos (who would either end up staying in Chicago or going elsewhere) nor draft Savage?

Speaking of signings, basically all the moves the Packers made this offseason wouldn’t have been possible, as just the signing bonus for Mack was bigger than the total guarantees on all four major free agent contracts Gutekunst handed out. No Za’Darius or Preston Smith, or Billy Turner. Who is starting at outside linebacker opposite Mack? Green Bay may have been forced to keep Nick Perry, a player they were so willing to move on from, they’re eating $11 million of cap money this season just for him not to be on the field.

There’s a case to be made Mack on his own provides more value than the Smiths and covers some of the value lost in not being able to sign Amos. Someone like Tre Boston on a vet minimum and Mack could be just as good or better than what the Packers got. Elgton Jenkins and/or Cole Madison slotting in at right guard would not be the end of the world (I think there’s a chance Jenkins is just better than Turner at guard anyway).

LaFleur provides the hammer here. If he’s worthy of his pedigree, the disciple of Kyle Shanahan and Sean McVay, we have the answer. Even if all the players and draft picks the Packers would have had to give up for Mack provide commensurate value, the difference is the assurance of an upgrade in coaching. That assumes LaFleur is that, which he’ll have to be for this equation to balance in favor of the team he now coaches.

Green Bay’s fatal flaw last season came from a lack of creativity and synergy on offense, along with a failure of depth on defense. Gutekunst attempted to fix both those things this offseason, installing new new starters at outside linebacker—durable, flexible players—two new starters at safety, and a new starting guard. He brought in offensive line and pass rush depth via the draft and insulated this team against injuries. Mack provides an incandescent talent, but what happens if the team crumbles around him due to injury? What if he’d been injured? Even the Bear, with Vic Fangio and a talented group, struggled at times when Mack was out.

We won’t know what the sliding door would have brought. Everything changes if that trade goes down differently. It’s a moot point considering the Packers never truly had a chance to make such a deal. But this season we’ll start to learn if it turns out Green Bay benefited from not making the move considering the subsequent roster machinations that were ultimately made. Fans can take solace knowing Mack is in Chicago just because of a lack of effort on the part of their team. However, none of that matters if the Packers still can’t win games. Did Mark Murphy and Brian Gutekunst make the right moves in the stead of a Mack trade? We’ll start to get answers beginning on Thursday. 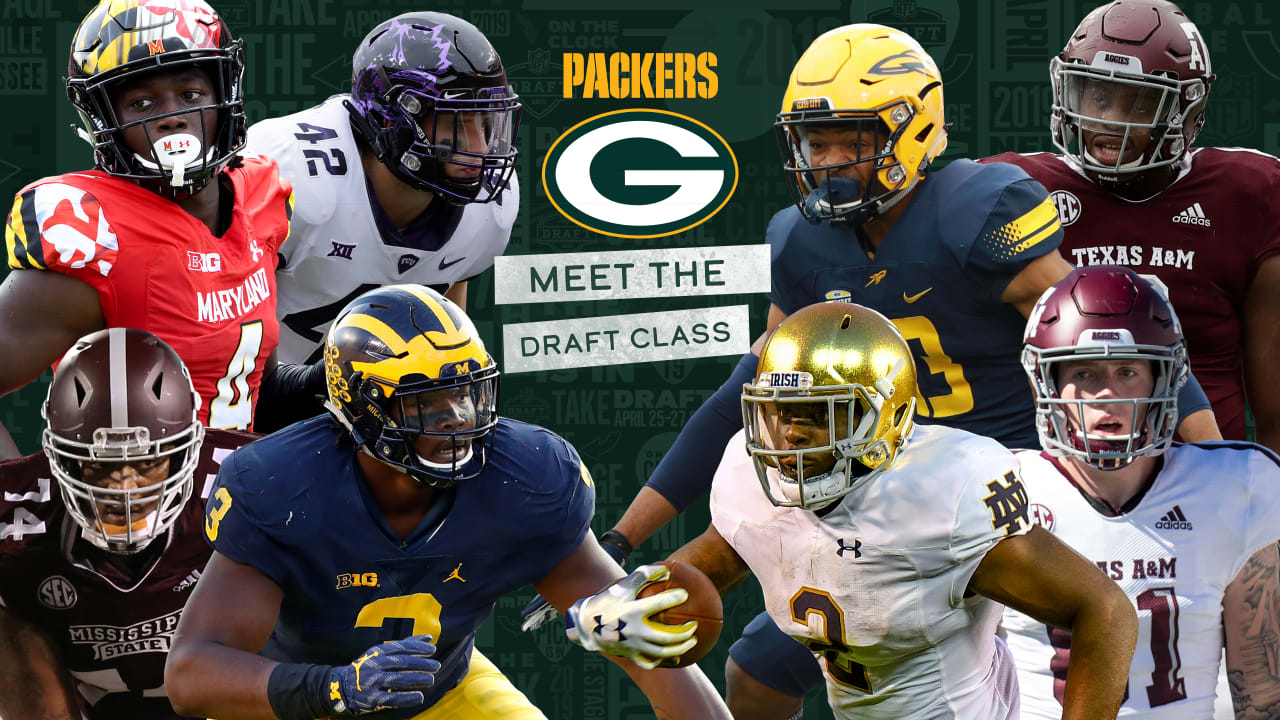 GREEN BAY – If the makeover of the Packers’ defense isn’t complete, it must be pretty darn close.

Green Bay hit on a few key spots on offense too during the three-day NFL Draft, but looking at the offseason as a whole and the last two months in particular, it’s the defense that has changed the most heading into 2019.

“I feel really good right now,” General Manager Brian Gutekunst said on Saturday, just after finishing off an eight-player draft class, five of which are on the defensive side.

“I’m excited about Mike Pettine and the second-year guys we have in his system, and with the additions we’ve made, we’re very optimistic about what these guys can do.”

A lot of “these guys” are new in both the rush and coverage aspects.

“Mike’s big on moving pieces, and I thought we needed to get a lot more pieces for him to move around,” Gutekunst said. “They have to come together and there’s a lot of timing involved, but I feel better now than I did previously.”

The overhaul of the pass rush and the speed in the back end both stand out to new Head Coach Matt LaFleur.

Using depth and disguise to attack the quarterback with multiple options, and having a true sideline-to-sideline centerfielder like Savage, should give opposing offenses pause. That’s the idea, at least.

“We’ve added a lot of playmakers on the defensive side of the ball,” LaFleur said. “I’ll tell you one thing, being an offensive coach my entire career, you can never have enough pass rushers. There’s nothing harder than when they can keep rotating guys through and sending fresh guys against your offensive line.

“There’s (also) nothing worse from an offensive perspective than a guy that can roam the back end … play the middle third and go either side and eliminate the whole field. A guy like that … can be problematic. With Savage, you see with his highlights the guy’s a ball hawk.”

In a draft class that started with Gary and Savage and ended with seventh-round linebacker Ty Summers, Gary as the 12th overall pick might be the one who’s both NFL-ready and an unknown as far as his ceiling.

He’s got plenty about the NFL game to learn, but Gutekunst referred to him as a potential “matchup problem” depending on where he lines up. The tag similarly applies to the first of the three offensive picks, athletic tight end Jace Sternberger.

While the third-round seam-stretcher has two polished veterans to learn from in Jimmy Graham and Marcedes Lewis, sixth-round running back Dexter Williams will be joining two younger backfield guys in Aaron Jones and Jamaal Williams as they learn LaFleur’s system and see how they fit best.

The Notre Dame runner has a big-play resume that belies his 4.57-second 40, and his style fits to a T how LaFleur wants to run the ball.

“His play speed would say differently,” Gutekunst said of the incoming rookie as a breakaway threat. “His ability to be decisive, stick his foot in the ground and just hit it, he doesn’t waste any time.

“He has a knack for running to daylight. Some guys since they started playing are just natural runners, and he’s one of those guys.”

LaFleur might have wanted another receiver to go with the new tight end and running back, but no draft can produce everything. With the ground game his stated basis for the offense, he’s looking forward to seeing just how his running back group comes together, but he’s reserving judgment until training camp and live game action come along.

That’s a sound, measured approach to take across the board regarding any draft class, particularly with in-the-trenches guys like Keke and second-round offensive lineman Elgton Jenkins, who could compete for a spot at guard and also back up at center.

They’ll all arrive for a rookie minicamp at the end of next week but won’t be putting any pads on for another three months, when the evaluation of everyone’s physical tools gets real.

On the mental side, Gutekunst is confident the group has what it takes.

“Wiring we talk about a lot, how these guys are wired,” he said. “There’s a lot of adversity in our league, and you have to have a lot of toughness, mentally and physically, to get through it.

“When we go through studies on our guys, their history of being able to fight through adversity, it matters.”

From this point forward, it might matter more than anything else they’ve done in their past. Welcome to the NFL, gentlemen. The Packers’ future and yours both start now.